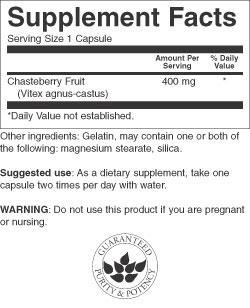 Contraindications: chasteberry should not be taken during pregnancy or breastfeeding. 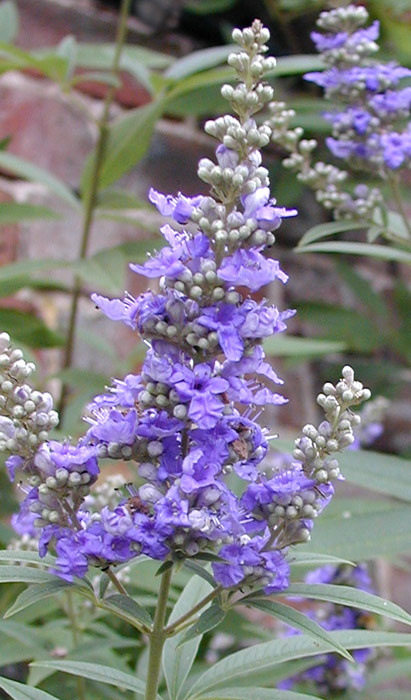 Habitat: The chasteberry tree is native to southern Europe and originally was mainly found on the shores of the Mediterranean sea. It still thrives in the Mediterranean region but today is also cultivated in subtropical areas around the world, having become naturalised in many regions, notably Western and Central Asia.

Characteristics and properties: Chasteberry has been renowned since ancient times as a treatment for various problems of the female reproductive system. It is a traditional remedy for irregular periods, amenorrhea and dysmenorrhea, and has long been used to help ease the symptoms of the menopause. More recently it has become recognised in Europe as a standard herbal treatment for general PMS symptoms and is also commonly used to treat other problems which can be linked to the menstrual cycle, such as migraine and acne. Chasteberry also has a reputation for alleviating fibrocystic breast disease, relieving the pain of endometriosis and for regulating ovulation and therefore promoting fertility. From all these uses it is clear that the berry has distinct hormonal effects on the body, and in modern times it's general success in these applications has prompted a great deal of research to be carried out to try and discover its mode of action. However, so far the chasteberry has managed to retain 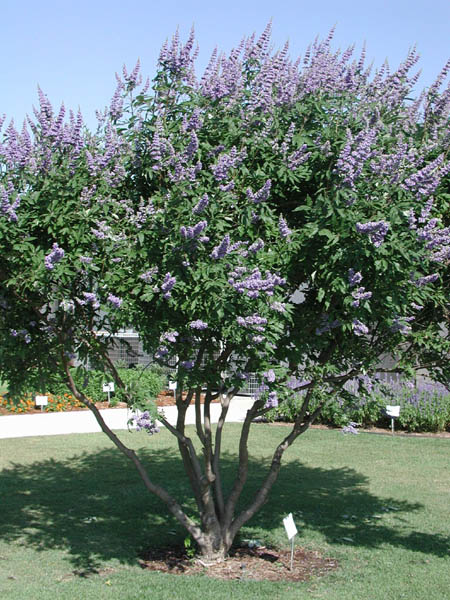 its secrets and the constituents responsible for its therapeutic actions have not been positively identified. Nevertheless, it is believed that the berry has the effects it does because it contains chemical compounds which act on the pituitary gland, the body's master gland which both produces hormones and from its location at the base of the brain directs the other endoctrine glands to produce hormones. Chasteberry is believed to effectively regulate the pituitary gland's functions, especially its progesterone and prolactin functions, and to therefore have a considerable influence on the body's hormonal balance, normalising it by enabling greater or lesser hormone release to occur, and making the chasteberry one of the world's most medically interesting herbs and the subject of ever increasing study.

Given the amount of study carried out on chasteberry, there is now a significant body of scientific research supporting its use for various complaints. Its use with PMS has been the main area of study, with trial results indicating that between 60% and 90% of women given chasteberry show reduced PMS symptoms. Results clearly improve over time, which is what should generally be expected from herbal treatments, but an important point about chasteberry is that because its overriding benefit is the long term balancing of a woman's hormonal system, it can never be 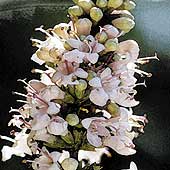 regarded as a fast acting herb, but must be seen as a gradual remedy which needs to be taken for some months to realise its therapeutic properties.

Another area of considerable study on the effects of chasteberry has been its use for relieving breast tenderness or cyclic mastalgia. Several studies have reported a significant reduction in breast pain in women given chasteberry, again based on trials which were carried out over several months. Another recent study was on the berry's effects on women with a form of irregular menstruation known as luteal phase defect, a condition believed to be related to excessive levels of the hormone prolactin. After a trial lasting 3 months significant improvements were noted, reinforcing the claims made for chasteberry as a regulator of the pituitary gland's release of prolactin.

Although no studies have been carried out on the effects of chasteberry for those in the menopause, this application of the berry continues to be very popular and it is as firmly established as ever as one of the most important herbs for 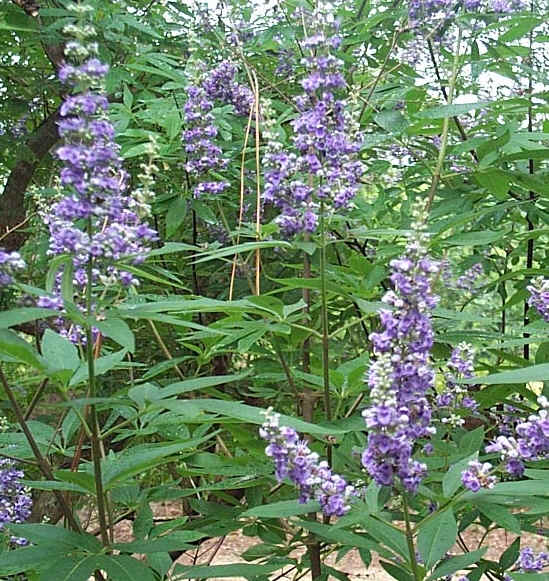 treating menopausal symptoms. It is also prescribed by herbalists for uterine cysts, for depression, anxiety and fatigue, and for use as an anti-androgen, as it is believed to inhibit the action of androgenic hormones. It remains best known asa remedy for PMS and its reputation in this regard grows ever greater, its popularity for this purpose having spread in modern times from its native Europe to the Americas, especially the United States where it is generally known by its botanical name of 'vitex agnus-castus' or more often just 'vitex'.

History and curiosities: Chasteberry received its name from the belief in ancient times that it countered sexual desire. The Greek physician, Dioscorides, recommended that it be used to make beverages to help keep the wives of soldiers chaste while their husbands were in battle. The Romans did exactly the same for their wives when the legions were away from Rome and also spread the aromatic chaste tree leaves around the home for the same purpose. Medieval monks also believed that the chaste tree had the ability to constrain sexual desire and were known to add the berries to their meals for this purpose, giving the chasteberry the alternative common name of 'monk's pepper'.

The ancients also valued chaste tree as a remedy for many different health problems. The berries were renowned for treating women's complaints and the seeds were used to treat headaches and fevers, to help with indigestion, colic and diarrhea, and to ameliorate dropsy and splenic diseases. The seeds and the leaves were both considered very efficacious in treating the bites of spiders and snakes, and the leaves were also used externally to treat boils and inflammations. Later the chaste tree became known to the Persians, who used the berries with other herbs to make remedies for calming hysteria, madness and epilepsy.

In addition to its therapeutic uses, based on the berries, the seeds and the leaves, the chaste tree was also found useful for the properties of its twigs. These are strong but very flexible, which enabled them to be used for making baskets, ropes and even furniture.