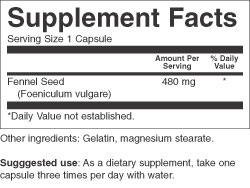 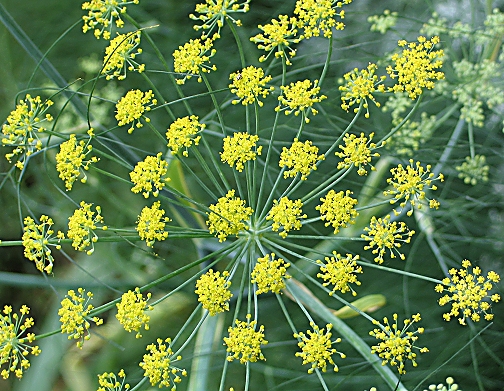 Habitat: Fennel is indigenous to southern Europe and the Mediterranean region. It was spread throughout Europe by Imperial Rome and eventually found its way to India, where it is now cultivated extensively. It was taken to the US by the colonists and has been a popular plant there ever since. It is also grown widely today in China, Egypt, Australia and South America.

Characteristics and properties: Fennel was well known to the Ancient Greeks and was revered by Pliny, who believed strongly in its medicinal properties and used it in as many as 22 remedies. It was taken by the Romans to all of Italy and France, where it became popular as a galactogogue, a substance which increases a mother's milk supply. Fennel's potential to aid in breastfeeding is due to its content of flavonoids and coumarins, which are groups of phytoestrogens, plant compounds which exert a balancing effect on female hormone levels. This action to benefit female hormonal balance has also made fennel a popular choice for breast enhancement formulatons, and in European herbal tradition even taking fennel alone can encourage breast development. In any list of herbs for increasing a mother's milk or for promoting breast growth, it is likely that fennel will feature strongly.

Like other plants containing phytoestrogens, fennel has become known 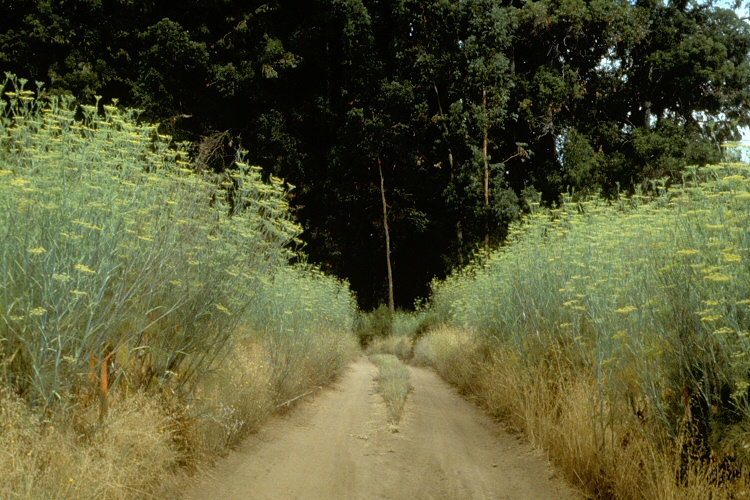 as a treatment for any conditions related to hormonal imbalance, such as PMS and other menstrual irregularities and the symtoms of the menopause. Its other popular application is for its digestive and carminative properties for which it enjoys an unparalled reputation, being renowned since earliest times for relieving indigestion and intestinal gas and acting effectively in cases of colic. It aids digestion by stimulating the production of gastric juices, is said today to provide relief from the symtoms of IBS, and more than any other herb is an excellent tonic for the stomach and the intestines.

Fennel is also anti-spasmodic in nature and affects the nervous system and nerve function due to its ability to prevent or relieve spasms of muscles; it's hepatic and affects the liver and the body's detoxification systems due to its ability to tone, strengthen, detoxify and heal the liver; it's anti-inflammatory and affects immune system and reactivity due to its ability to counteract inflammation; it's diuretic and detoxifies the organism by stimulating the production of urine and the elimination of toxins through the urine; it's choleretic and furthers its reputation as a digestive aid by increasing the liver's production of bile; it's anti-microbial and has actions against a range of bacteria as well as various fungi and yeasts; and it's proven useful as a pleasant smelling and tasting herb, as this has led to it being much valued by herbalists as a way of improving the palability of preparations containing other less-agreeable herbs. Traditional Chinese medicine includes the use of fennel for gastroenteritis, hernia, abdominal pain, for a calming effect on bronchitis and coughs, and to open nasal passages and to resolve phlegm. The infusion may be used as an eye

wash or compress to treat conjunctivitis and blepharitis, and oil of fennel can be used externally to ease muscular and rheumatic pains.

Culinary uses: Fennel was cultivated by the Romans and was much prized by them for its aromatic fruits and succulent, edible shoots. It's still prized today in the cookery of Mediterranean countries and is commonly used as a distinctive flavouring, with the leaves, the stems, the bulb and the seeds all being used. The leaves are chopped and added to soups, salads, mayonnaise, dips, sauces, fish stock, stuffings, bouquet garni and court bouillon, and are often used with pork, veal and fish, in all cases adding a lively taste. The sweeter-tasting stems are also added to soups and salads, are used for savouring stews and stir-fry vegetables, and are placed under grilled or barbecued fish. The bulb can be eaten raw in salads, giving it both flavour and crunch, and it can also be added as a vegetable to stews or sauteed like an onion to add flavour to pasta or meat sauce. In Italy the bulb is lightly sauteed in olive oil, seasoned only with a little freshly cracked pepper and salt, making it a light and savoury foil for roasted meats. The seeds are used when the most pungent flavour of fennel is required and are commonly found in sausages, pickles, lamb, duck and pork dishes, and as an important ingredient in curries and in breads. Fennel bread is a rustic loaf which combines the seeds with calamata olives and tomatoes. The sauteed seeds are often used in barbecue seasonings, especially rub for salmon.

History and curiosities: In ancient times, fennel was regarded as a food of the gods and eating it allowed a person to achieve knowledge of the gods. In Greek mythology, fennel features in the story of Prometheus, who stole fire from heaven and gave it to mankind, 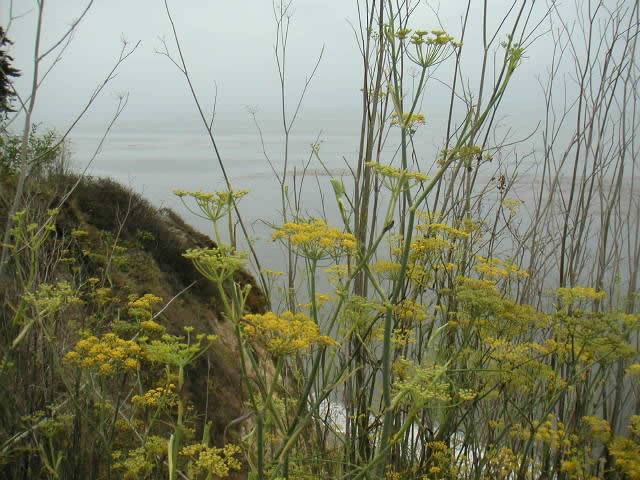 carrying the flame to earth in the stalk of a fennel plant, which burns slowly and therefore was appropriate for the task. Fennel became a symbol of victory for the Greeks when they defeated the Persians at Marathon in 490 BC, the battle taking place in a field of fennel. Charlemagne was a great believer in the healing properties of the plant and in the year 812 he declared that fennel was essential in every imperial garden. Fennel shoots, fennel water and fennel seeds are all mentioned in a record of Spanish agriculture in the year 961, and fennel was frequently utilised in Anglo-Saxon cookery and medical recipes prior to the Norman Conquest. According to Chaucer, fennel was one of nine sacred herbs of the Anglo-Saxons, considered to have special properties in fighting off disease. Fennel was also thought to repel witches and evil spirits, and for that reason it was jammed into keyholes and hung up on doorways and windows, especially on Midsummer's Eve when demons were believed to come out and dance in celebration of the summer solstice. Today fennel seeds are used for making a toothpaste which is said to refresh and reinforce the gums.