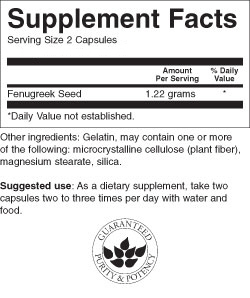 Contraindications: not to be used during pregnancy as it stimulates uterine contractions. 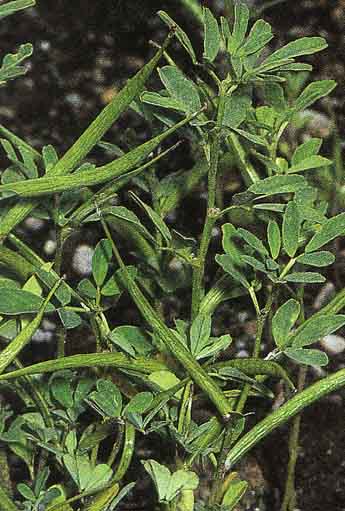 Habitat: Fenugreek is native to North Africa and the Mediterranean area but today it is grown in many parts of the world. It is undoubtedly one of the most widely cultivated medicinal plants.

Characteristics and properties: Fenugreek was esteemed by the ancient Egyptians, Greeks and Romans as a remarkably versatile medicinal plant which could be used as a remedy for a wide variety of conditions. It was a favourite of Hippocrates, the father of Western medicine, and has been a favourite of most healers and herbalists ever since. It's most popular use has always been as a galactogogue, a substance which increases a mother's milk supply, and over the centuries fenugreek has become the most popular and renowned herbal galactogogue of all. Mothers taking fenugreek usually notice an increase in milk flow within 24-72 hours, though it should be noted that a daily amount of at least 3500mg is usually required to produce the effect. For some breastfeeding women it can take 2 weeks to see a change, and if no improvement is seen even after that time an increased amount of fenugreek may be required, at least 5000mg.

The many other historical applications of fenugreek include use as a digestive aid, probably the most well known use after aid to breastfeeding, the herb being used for poor digestion generally, gastric inflammation and various other digestive disorders, for stimulation of the pancreas and to act as a general digestive tonic. It is also well known for its tonic, invigorating and anti-anaemic effects and has been much used traditionally in anaemia and convalescence and in cases of low energy levels. Fenugreek is also a cardiotonic as it affects endocrine and nervous systems due to its ability to increase tonicity of the heart; it's depurative as it affects liver and 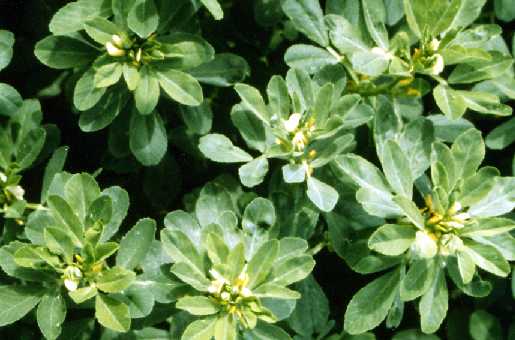 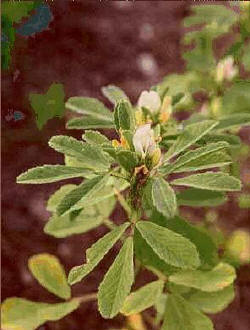 In traditional Chinese medicine, fenugreek is prescribed for kidney abnormalities and related problems such as backache, liver ailments, loss of libido, impotence, premature ejaculation, testicular pain, hernias, painful menstruation, menopausal symptoms, lymphadenitis, microbial and fungal inections and edema of the legs. In Ayurvedic medicine it is used for rejuvenation, as an aphrodisiac, a diuretic, for digestive complaints, dyspepsia, coughs, colic, bronchitis, constipation, gout, arthritis, elargement of liver and spleen and as a breast enhancer. Externally fenugreek acts as an emollient and is used as a poultice for local inflammation of the skin, cellulitis, boils, ulcers, abscesses, burns, eczema, dermatitis and chapped lips, the poultice being prepared by soaking the powdered fenugreek seeds in hot water.

In modern times clinical studies have investigated fenugreek for its apparent blood cholesterol-lowering and blood glucose-lowering properties, both in normal subjects and in those with diabetes. Significant reductions in total cholesterol, LDL cholesterol, and triglyceride levels, but not HDL cholesterol levels, have been observed in type 2 or non-insulin-dependent diabetics consuming 25000mg of fenugreek per day, as well as a significant reduction in fasting and postprandial blood sugar levels in those taking only 5000mg a day, which suggests that fenugreek may improve problems associated with high blood sugar levels such as frequent urination, excessive thirst, nerve pain and skin 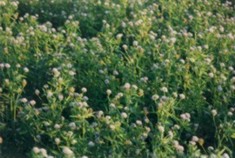 infections. The beneficial effects were sustained over 5 to 6 months. For type 1 or insulin-dependent diabetics, fenugreek also had a beneficial effect, but a higher level was needed to significantly reduce fasting, blood glucose levels, decrease urinary glucose levels, decrease daily insulin requirements, and reduce LDL cholesterol and triglyceride levels. Today fenugreek is recognized as a useful botanical aid in the treatment of diabetes and the cholesterol-lowering effect of fenugreek should be considered a valuable feature for the diabetic who usually has elevated blood lipids.

In modern times some of the traditional uses of fenugreek have fallen by the wayside, but one area in which it is more popular than ever is that of natural breast enhancement. The benefits of fenugreek to breastfeeding women have already been mentioned, but the benefits to the breast are much greater than this as fenugreek is rich in flavonoids, a class of phytoestrogens (including vitexin and its glycosides and esters, isovitexin, orientin, vicenins 1 and 2, quercetin and luteolin), which have a healthy hormonal balancing action in the female body and help to promote the process of mammogenesis, the development of the breast. Take a look at any herbal formulation designed for breast enhancement, from any part of the world, and you are likely to notice that it contains fenugreek as a major ingredient. 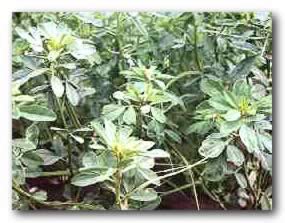 Culinary uses: The most well known use of fenugreek as a food is as a flavouring in curry dishes. In fact ground seeds are an essential ingredient of curry powders, oriental sauces, spice mixtures and also halvah, the delicious sweetmeat. Fenugreek is also a common ingredient in chutneys, pickles, condiments, chewing gum, soft drinks, gelatins, cakes, puddings, ice creams, confectionery, icing, and syrups, such as maple, caramel, butterscotch and vanilla, and in Egypt is used as a supplement in wheat and maize flour for baking bread. The seeds are sprouted for use in salads and sandwiches, and the leaves are utilised as a tasty ingredient in salads, soups, stews and in cauliflower, bean, potato and mango dishes. In India and the Arabic world, the seeds are roasted and used to make fenugreek coffee, a highly regarded beverage. In other parts of the world, fenugreek tea is popular and is regarded as soothing and has a natural maple flavour.

History and Curiosities: Fenugreek is one of mankind's oldest medicinal plants and was cultivated by the ancient Assyrians around 3000 years ago. Applications of fenugreek were documented in ancient Egypt, where it was used in incense, to embalm mummies and to induce childbirth. In the Arabic world generally, fenugreek was traditionally given to harem women to try and make them more buxom, and was used together with other plants to create a beauty cream and also an air freshener. In India, fenugreek seed oil was used in ancient times as a shampoo recommended for glossy hair, and an infusion of the seed, used as a skin lotion, was said to be good for the complexion. In the ancient worlds of Greece and Rome, the seeds were used to freshen bad breath and were massaged into the scalp to cure dandruff. More recently, in the U.S., folk medicine held fenugreek to be useful fodder for dairy cows as it appeared to increase their milk production.