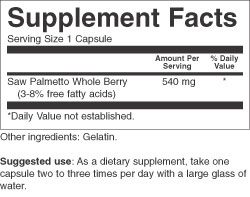 Contraindications: saw palmetto should not be used if taking Finasteride or other antiandrogenic drugs; not recommended for use during pregnancy or breastfeeding. 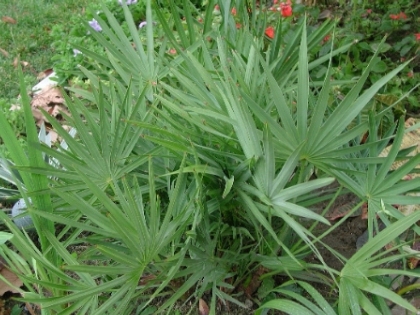 Habitat: Saw Palmetto is a dwarf palm tree or dwarf shrub which is indigenous to the southeastern United States and the islands of the West Indies.  Its natural habitat ranges from as far north as South Carolina and west into Texas, but it's true home is Florida as it appears to thrive much better here than anywhere else. It can also be found in Europe along the Mediterranean coastline.

Characteristics and properties: The saw palmetto berry was highly regarded by Native Americans who used it both as food and as medicine. The Indian medicine man used the berry to treat male complaints such as atrophy of the testes, impotence, inflammation of the prostate and low libido, and female complaints such as infertility, menstrual cramps, poor lactation, breast tenderness related to breast feeding or menstruation and also to promote the growth of underdeveloped breasts, and to act generally as an anti-inflammatory, appetite stimulant, an expectorant for mucous membranes, particularly the bronchial passages, and as a general tonic to nourish the body.

During the late nineteenth century a renewed interest in saw palmetto developed when its positive effect on livestock was observed. This

interest increased when its beneficial effects on the genitourinary tract were noted. At this time it was used mainly as a treatment for enlarged prostate, cystitis, gonorrhea and irritation of the mucous membranes. The use for which the reputation of saw palmetto soared was the first of these, enlarged prostate, and the success attributed to the berry for this application has led in recent times to a multitude of research on the subject. Dozens of studies have shown that the reputation of saw palmetto for this purpose is justified and that the consumption of the berries and the valuable phyto-nutrients they contain interrupts the hormonal mechanism that causes the prostate gland to be enlarged.

Due to hormonal changes that take place after the age of 40, the prostate can grow to many times its normal size. In extreme cases it can grow as large as a grapefruit. This is normally referred to as benign prostatic hyperplasia, or BPH. When the prostate grows, it puts pressure on and narrows the diameter of the urethra and pushes against the bladder, obstructing the flow of urine, resulting in a weak, often interrupted urinary stream. 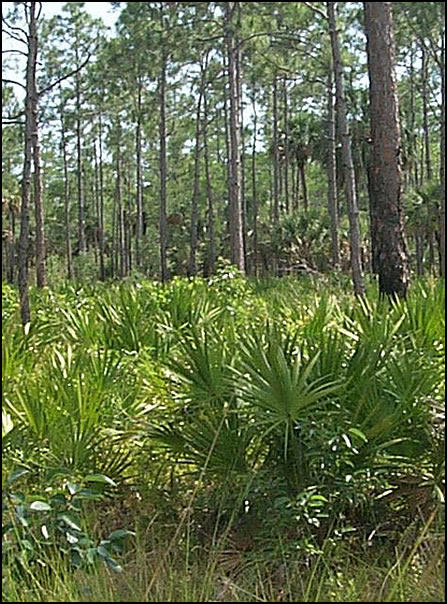 Some of the symptoms of BPH are a frequent need to urinate, the feeling that the bladder can never be completely emptied, and a loss of sexual potency. The success of saw palmetto in treating the enlarged prostate and the commonness of the condition has led in recent years to the berry becoming one of the world's top ten herbal medications. Saw palmetto may be about to cement its reputation as a man's herb, as there has been a recent surge in experiments with the berry on its effect on the male body generally and particularly on whether its a possible solution to male hair loss.

Although saw palmetto has achieved a high standing as a man's herb, it is actually very misleading to label it as such, because in addition to the benefits it has for men it also enjoys a solid reputation as an important herb for women. The growing recognition of saw palmetto as a treatment for prostate problems should not overshadow the long established use of the berry for female complaints. It has become widely used by women for helping with hormonal imbalances and for supporting and toning the glandular tissues, and in modern times scientific understanding of its influence in the body also suggests its use for the reduction of excess androgens in women. It has also become a staple herb for breast health and breast enhancement.

Culinary uses: The saw palmetto berry has been eaten by humans for thousands of years and was a staple 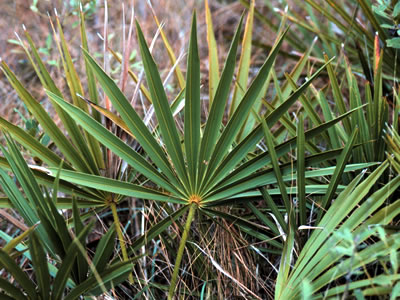 food of the Native American population in the southeastern United States, who dried the fruit and kept it for a year round food source. Today the strong taste of the berry does not find much favour, but it's regarded as a delicacy by some and can also be found in recipes as an ingredient used to spice-up various dishes. Also, juice from the berries has been mixed with carbonated water, resulting in a saw palmetto drink which has been manufactured in Florida with some success. Saw palmetto flowers have also proven their worth as a foodstuff as they are a significant source of honey.